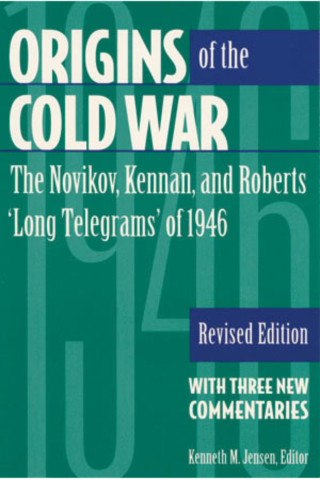 Origins of the Cold War

In September 1946, the Soviet ambassador to the United States, Nikolai Novikov, sent a 19-page cable to Foreign Minister Molotov describing the likely direction of U.S. foreign policy in the postwar period. Recently discovered in the Soviet archives, the Novikov telegram parallels the famous "Long Telegram" of U.S. diplomat George Kennan.

Published here for the first time in English, Novikov's telegram is presented alongside Kennan's cable and a similar telegram by British diplomat Frank Roberts.

Collected here for side-by-side comparison are three foreign ministry cables, all written in 1946 and all providing an assessment of the emerging cold war. . . . We know the influence of the U.S. and British missives; did Novikov's cable influence Soviet policies? If so, how?