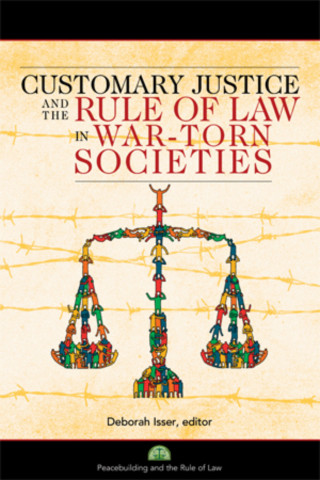 CUSTOMARY JUSTICE AND THE RULE OF LAW IN WAR-TORN SOCIETIES

Customary Justice and the Rule of Law in War-Torn Societies presents seven in-depth case studies that take a broad interdisciplinary approach to the study of the justice system. Moving beyond the narrow lens of legal analysis, the cases—Mozambique, Guatemala, East Timor, Afghanistan, Liberia, Iraq, Sudan—examine the larger historical, political, and social factors that shape the character and role of customary justice systems and their place in the overall justice sector.

This volume features an incredible amount of historical and descriptive detail. Indeed each chapter reads like a mini-treatise on the topic of law in each country or region.

Mark Goodale, author of Surrendering to Utopia: An Anthropology of Human Rights