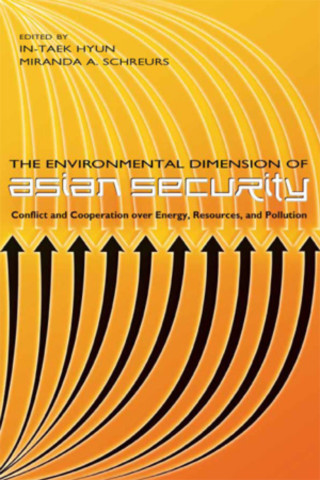 The Environmental Dimension of Asian Security

“An important book that deserves a wide audience. This book lucidly conceptualizes, succinctly describes, and cogently analyzes the nexus between environmental and natural resources (ENR) problems and security in Northeast Asia. A clear picture of the nature and scope of ENR problems and their security implications will certainly act as a solid foundation for the development of more extensive regional cooperation in the foreseeable future. This book provides us with such a clear vision.”

Miranda A. Schreurs is a professor of environment and climate policy in the School of Governance, Technical University of Munich. Her research focuses on the governance of climate change, low-carbon energy transitions, and sustainable development in Germany and the European Union, the United States, and East Asia.

Dr. Schreurs is vice chair of the European Environment and Sustainable Development Advisory Councils (and was formerly chair); international director of the board of the Institute of Global Environmental Strategies (Japan); a member of the Advisory Board of the Swiss National Foundation’s NSF Research Program 71 on the Swiss Energy Transition; and co-chair of the National Committee to Monitor the Nuclear Waste Management Site Location Search in Germany. She has served on numerous governmental advisory bodies in Asia—including the China Council for Environment and Development—and Europe, advising on energy transition, climate governance, and sustainable development.

She has published widely on environmental and energy matters in leading academic presses, for policymakers, and for more general audiences. In addition, she is a member of the Advisory Council for the Sustainable Development of Catalonia (CADS).

She holds a doctorate from the University of Michigan.

Hyun In-Taek was Minister of Unification of South Korea from January 2009 til August 2011. He was replaced with Yu Woo-ik. As the Minister of Unification, he oversaw matters related to South Korea’s policies toward North Korea, inter-Korean affairs, unification of the two Koreas, and public education on unification. He was a guest scholar at the U.S. Institute of Peace during 2001–2002.