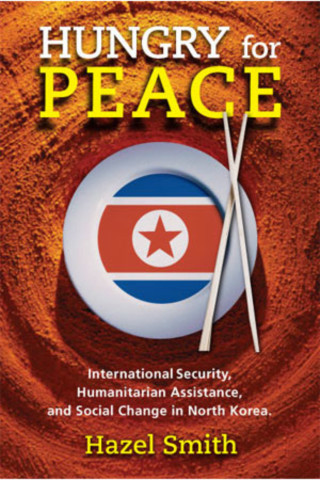 This revealing and challenging study of the impact of famine on North Korea not only significantly enlarges our understanding of that hermetic country but also urges us to reassess how we deal with it.

Hazel Smith has researched, published and broadcast on East Asian security and North Korea for 30 years. Professor Smith lived and worked for United Nations humanitarian organisations in the DPRK, from where she earned a (still valid) North Korean driving license. Professor Smith received her PhD in International Relations from the London School of Economics and has held fellowships at the Woodrow Wilson International Center for Scholars, the East-West Center, Kyushu University, the United States Institute of Peace, and Stanford University. She is a member of the World Economic Forum Global Futures Council on the Korean peninsula; Fellow of the Royal Society of Arts since 1996; member of the Council of the British Association of Korean Studies; and an appointed UN ‘global expert’ on Korea. Professor Smith advises government agencies, IOs and NGOs worldwide and is a frequent broadcaster for global media on North Korea and East Asian security.