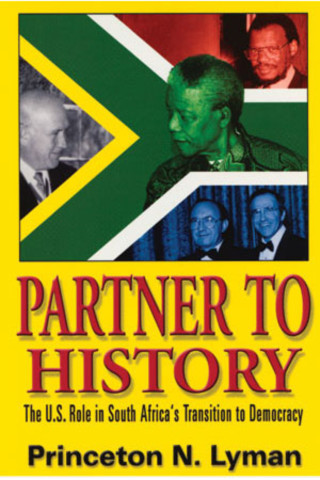 A remarkable book about a remarkable time, Partner to History reveals the role played by U.S. diplomacy in South Africa's surprisingly successful transition from apartheid to democracy. Princeton Lyman, the U.S. ambassador during the transition, makes clear that America didn't "own" the transition process-the South Africans did. But U.S. involvement was active and intense. And it made a difference.

Lyman tells an enthralling story of how Washington policymakers and the American embassy used U.S. influence, economic assistance, and political support to help end apartheid without sparking civil war. The book offers candid assessments both of U.S. policy deliberations and of the leading players in the unfolding, unpredictable drama. It takes us behind the diplomatic scenes as well as onto the public stage, as American diplomats strove to facilitate dialogue, encourage reconciliation, and dissuade potential spoilers.