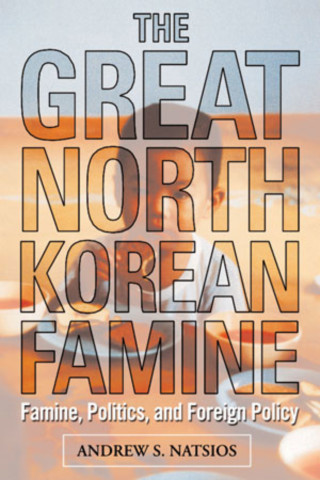 A terrible famine struck the most reclusive society on earth in 1994. Over the next five years, while the North Korean regime tried to hide the dreadful reality and the international community tried hard not to look, perhaps as many as 3 million people starved to death. In this powerful, provocative book, Andrew Natsios asks three overarching questions: What do we know about the origins and extent of the famine? Why did donor governments and organizations not do more to help? What are the consequences of the famine for North Korea and the lessons for the international community?

In the search for answers, Natsios supplements the scanty store of published sources by drawing on the testimony of thousands of refugees, on thousands of e-mails he received while heading an NGO effort to aid the victims, and on his own encounters with officials from North Korea as well as from Western governments. The picture he presents is a disturbing one: human misery on a biblical scale, a paranoid regime that sacrificed its own citizens to ideological rigidity and pride, and foreign governments that subordinated humanitarian impulses to political and diplomatic interests.

A compelling and revealing book for specialists and general readers alike,The Great North Korean Famine takes us not only behind the well-guarded borders of the brutally incompetent “Hermit Kingdom” but also into the policymaking labyrinth where ethics and politics clash in the struggle to shape foreign policy.

Andrew S. Natsios is an Executive Professor at the Bush School of Government and Public Service at Texas A&M University (2012-present) and Director of the Scowcroft Institute of International Affairs. He currently serves as Chair of the Program Advisory Committee for HarvestPlus, which is part of the Consultative Group on International Agricultural Research, and as a Fellow of the Michael E. DeBakey Institute for Comparative Cardiovascular Science and Biomedical Devices at the Texas A&M College of Veterinary Medicine & Biomedical Sciences.

He was previously a Distinguished Professor in the Practice of Diplomacy at Georgetown University’s Walsh School of Foreign Service (2006-2012). Professor Natsios served as Administrator of the U.S. Agency for International Development from 2001 to January 2006. He was the U.S. Special Envoy to Sudan (2006-2007) to deal with the Darfur crisis and the North-South peace agreement. He served in the Massachusetts House of Representatives (1975-1987) and in state government (1999-2001) as the Secretary of Administration and Finance. He was the CEO of the Big Dig in Boston, the largest construction project in American history after a cost-overrun scandal. Professor Natsios was VP of the NGO World Vision U.S. (1993-1998). He was a member of the U.S. Army Reserves for twenty-three years, served in the Gulf War in 1991, and was a Lt. Colonel when he retired in 1995. He is a graduate of Georgetown University (BA history) and Harvard University’s Kennedy School of Government (MPA).