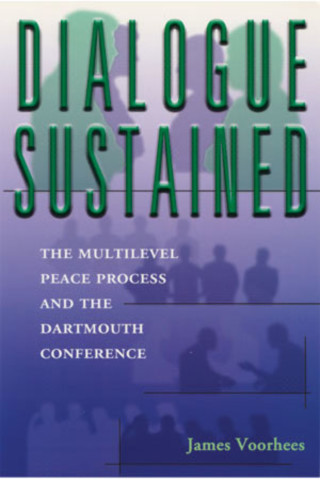 The participants in the Dartmouth Conference-so named because the first meeting took place at Dartmouth College in 1960-didn't just open up a new level of East-West understanding, they also pioneered a new kind of dialogue between adversaries. They were not government officials, yet their aim was somehow to narrow the divide between the Soviet and American governments-and indeed their peoples. Over the course of more than 40 years, as relationships warmed and trust developed, their dialogue deepened and widened. The ideas and information exchanged between them filtered into public discourse and were channeled into policymaking circles on both sides of the Iron Curtain. The impact of the Dartmouth Conference can never be measured precisely, but it was substantial.

As James Voorhees demonstrates, the concept of the multilevel peace process, and especially the idea of sustained dialogue between influential but unofficial members of seemingly implacable groups, evolved as the Dartmouth process evolved. Unfettered by the constraints on official diplomats, the participants could speak with a rare degree of candor and freedom on a wide range of subjects, sustaining their conversation from one meeting to the next and building a foundation of shared knowledge. As Harold Saunders and Vitaly Zhurkin explain in a concluding chapter, the lessons learned and techniques developed at Dartmouth are being applied today in numerous settings.

Drawing on extensive research and interviews, this highly readable account of the evolution of a unique peacemaking venture adds a new perspective on both the Cold War and the conduct of multilevel peace processes.

James Voorhees, an associate of the Kettering Foundation, earned his Ph.D. at Johns Hopkins SAIS and has published numerous articles and reports on Russian and East European politics.