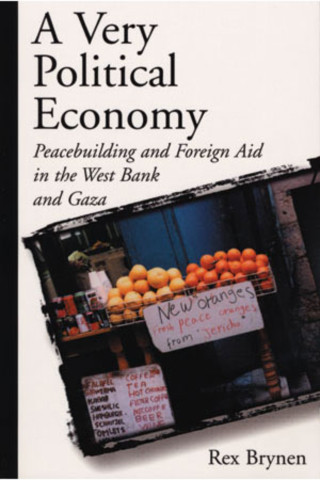 Well over $2 billion in international aid has flowed into the West Bank and Gaza since the signing of the Oslo Accord in 1993. Some critics charge that the money has simply vanished into a “sink-hole” of corruption, swallowed up by a cumbersome bureaucracy run by the Palestinian Authority. Rex Brynen takes a different view, based on extensive research in the Middle East and donor countries that includes hundreds of candid interviews and wide access to previously inaccessible documentation. A Very Political Economy spares no political sensitivities in its dissection of the aid process, but also argues persuasively that without international assistance there would have been no Palestinian Authority left to negotiate with, and no peace process to revive.

Brynen first outlines the general challenges presented by international donor assistance. Within that framework, he then examines the underdeveloped economic condition of the West Bank and Gaza under Israeli occupation, the mobilization and coordination of donor assistance after Oslo, and the delivery and allocation of aid up to the late 1990s. Finally, Brynen compares the Palestinian experience with the record of foreign aid elsewhere and offers general insights into the complex relationship between foreign aid and peacebuilding.

Rex Brynen is professor at McGill University. He is the author or co-editor of books on Palestinian politics, regional security, and political reform in the Middle East.