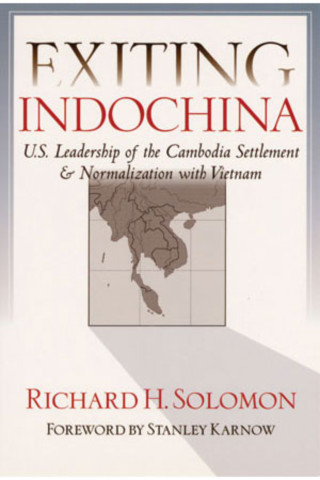 For most Americans, the “exit” from Indochina occurred in 1973, with the withdrawal of the U.S. military from South Vietnam. In fact, the final exit did not occur until two decades later, after the collapse of the Republic of Vietnam in 1975, the Cambodian revolution, and a decade of Vietnamese occupation of Cambodia. Only in the early 1990s were the major powers able to negotiate a settlement of the Cambodia conflict and withdraw from the region.

This book recounts the diplomacy that brought an end to great power involvement in Indochina, including the negotiations for a UN peace process in Cambodia and construction of a “road map” for normalizing U.S.-Vietnam relations. In so doing, this volume also highlights the changing character of diplomacy at the beginning of the 1990s, when, at least temporarily, an era of military confrontation among the major world powers gave way to political management of international conflicts.