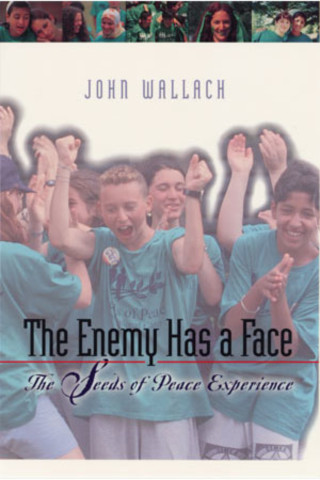 The Enemy Has a Face

Every summer since 1993, the woods of Maine have witnessed a remarkable attempt to plant the idea of peace in the hearts and minds of the next generation of Middle East leaders. For three weeks, 300 Arab and Israeli teenagers leave behind the violence and hatred ingrained in their homelands to meet their “enemies” face to face. At times it’s an emotionally wrenching process, but it can produce surprising friendships and an enduring belief in coexistence.

Seeds of Peace makes the most of the adaptability and enthusiasm of youth, creating a secure environment in which teenagers—supported by trained counselors—can dare to argue with and play alongside one another, to challenge preconceptions, and to envisage a peaceful Middle East. The author vividly describes the camp experience and follows the youngsters’ return home, where despite criticism from friends and families many of them continue to promote Arab-Israeli coexistence.

The Enemy Has a Face is a superb book describing one of the most important experiments of people-to-people reconciliation involving Arabs and Israelis. Under the visionary leadership of John Wallach, the Seeds of Peace program has done what official peace agreements cannot do on their own: prepare a new generation of young people for a life of peaceful coexistence. Every one interested in a lasting Arab-Israeli peace should read this book.

As peace begins to take root in the Middle East, Israelis and Palestinians will have to learn to speak the language of coexistence. The Enemy Has a Face teaches the essential elements of that grammar and makes an important contribution to a lasting resolution of the Arab-Israeli conflict.

I commend the United States Institute of Peace for publishing The Enemy Has a Face— an outstanding volume that illustrates the importance of promoting open dialogue and reconciliation between Arab and Israeli youth.

As the elder generations strive towards the goal of a complete Middle East peace, we are inspired by the Seeds of Peace youngsters who embrace this goal with unbridled determination, courage, and energy. The Enemy Has a Face vividly describes just how the Seeds of Peace program and today’s teenagers pave the way to a more peaceful world.

John Wallach was the founder and president of Seeds of Peace. A nationally syndicated newspaper journalist and internationally known television correspondent, he was foreign editor for the Hearst Newspapers and a regular contributor to NPR, BBC, and CBC. He has written three books and was a senior fellow at the United States Institute of Peace in 1997.