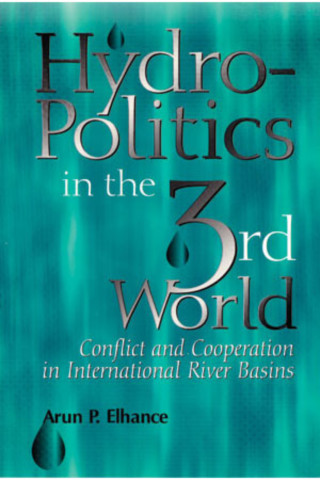 Hydropolitics in the Third World

With more than 50 percent of the world’s landmass covered by river basins shared by two or more states, competition over water resources has always had the potential to spark violence. And growing populations and accelerating demands for fresh water are putting ever greater pressures on already scarce water resources.

In this wide-ranging study, Arun Elhance explores the hydropolitics of six of the world’s largest river basins. In each case, Elhance examines the basin’s physical, economic, and political geography; the possibilities for acute conflict; and efforts to develop bilateral and multilateral agreements for sharing water resources.

The case studies lead to some sobering conclusions about impediments to cooperation but also to some encouraging ones—among them, that it may not be possible for Third World states to solve their water problems by going to war, and that eventually even the strongest riparian states are compelled to seek cooperation with their weaker neighbors.

Arun Elhance is a senior fellow at the International Peace Academy in New York. He was previously a program director at the Social Science Research Council, an assistant professor of geography at the University of Illinois at Urbana-Champaign, and a 1991–92 senior fellow at the United States Institute of Peace.