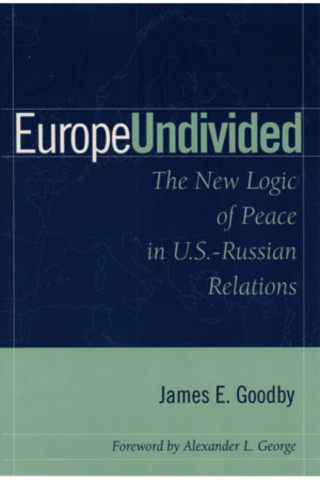 Can Russia and the United States really move beyond their bitter Cold War rivalry to a genuinely cooperative relationship?

James E. Goodby has served in the US Foreign Service, achieving the rank of Career Minister, and was appointed to five ambassadorial-rank positions by Presidents Carter, Reagan, and Clinton, including ambassador to Finland. He taught at Georgetown, Syracuse, and Carnegie Mellon Universities and is Distinguished Service Professor Emeritus at Carnegie Mellon. Ambassador Goodby has worked with former Secretary of State George Shultz at Hoover since 2007. He is a research fellow at the Hoover Institution. Goodby’s awards include the Presidential Distinguished Service Award, the State Department’s Superior and Distinguished Honor Awards, and the Commander’s Cross of the Order of Merit of Germany. He was named a Distinguished Fellow of the US Institute of Peace in 1992. He was the recipient of the inaugural Heinz Award in Public Policy in 1995. In 1996, he was awarded an honorary doctor of laws degree by the Stetson University College of Law.

He was a Distinguished Service Professor at Carnegie Mellon University from 1989 to 1999 and is now a professor emeritus. Selected for the US Foreign Service through competitive examinations in 1952, Goodby rose to the rank of career minister in the Senior Foreign Service and was given five presidential appointments to ambassadorial rank, including ambassador to Finland (1980–81). During his Foreign Service career he was involved as a negotiator or as a policy adviser in the creation of the International Atomic Energy Agency, the negotiation of the limited nuclear test ban treaty, START, the Conference on Disarmament in Europe, and cooperative threat reduction (the Nunn-Lugar program).