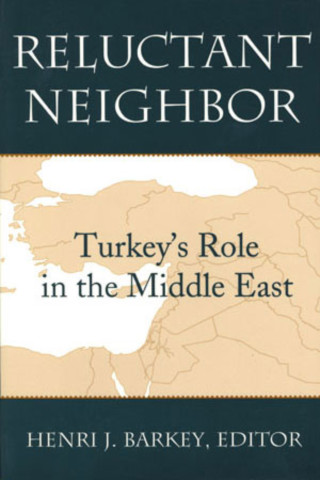 Turkey holds a unique position between East and West, and with the end of the Cold War it has a potential for influence it has not seen since the end of the Ottoman Empire. Freedom from the Russian threat frees it to examine its links with the West, and political change and shifting power in the region afford an opportunity for new relationships with its neighbors in the Near and Middle East.

These thoughtful essays offer a detailed look at Turkey’s prospects in the region —developing economic opportunities, water resource issues, the changing relationship with emerging Central Asian countries, and the Kurdish problem—all in the context of the repercussions of the Gulf War and the ongoing Middle East peace process.

The essays in this volume fill an important gap in the literature on Turkey and the Middle East, bringing together the points of view of scholars, journalists, and other observers from the United States, Europe, Turkey, and the Middle East for an unprecedented dialogue on issues of growing importance.

A dozen authors. . . have produced this collection of essays assessing Turkey’s place in the contemporary world order. . . . They assess a variety of features in Turkey’s international relations posture. . . as well as. . . implications of Turkey’s participation in the Middle Eastern political scene.