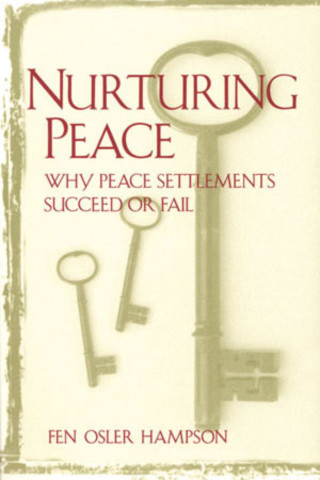 Why do some peace settlements endure whereas others collapse into violence almost as soon as they are signed?

Focusing on intrastate conflicts in which third parties have played prominent roles, Hampson argues that durable settlements depend on sustained third-party engagement not only during the negotiation phase but throughout the implementation process. He provides detailed yet succinct accounts of five justly renowned cases (Cyprus, Namibia, Angola, El Salvador, Cambodia), explores the interplay of key variables, and describes rationales for action and lessons about how best to act.

Fen Osler Hampson is chancellor’s professor and director of the Norman Paterson School of International Affairs at Carleton University.