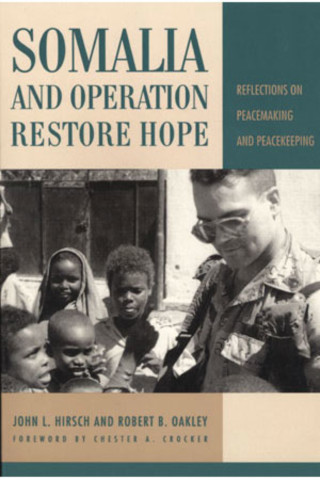 The Los Angeles Times describes this volume as one of the two most important postmortems written since the United Nations dismantled its troubled and lamented mission to Somalia.

“Somalia” has become a symbol for the unacceptable costs of humanitarian intervention, for the type of foreign involvement that should be avoided. But the authors of this timely book, themselves key participants in the U.S.-led operation there, argue that substantial good was done—the tide of famine was stayed, hundreds of thousands of lives saved, and steps toward political reconciliation begun. Despite the recent renewal of political violence, the humanitarian situation remains stable.

In launching Operation Restore Hope, the multinational coalition faced a complex, tense, and rapidly unfolding situation. The authors detail how the carefully limited mission achieved its goals, including mutual understanding with the Somalis, by combining political, military, and humanitarian actions. But the authors also describe how different U.S. and UN concepts of the mission and subsequent changes in the mission’s scope led almost inevitably to confrontation.

This candid statement of the political dilemmas and operational problems that arise during UN peace operations makes a significant contribution toward the effective conduct of future such operations.

This extremely useful book. . . sets the record straight by pointing out what was accomplished by the U.S. and international community in Somalia without glossing over the mistakes.

John L. Hirsch was political adviser to the multinational coalition in Somalia from December 1992 to March 1993. Robert B. Oakley was U.S. special envoy to Somalia under Presidents Bush and Clinton. Previously, he was coordinator of the Institute's Middle East program.

Robert B. Oakley was U.S. special envoy to Somalia under President Bush and Clinton. Previously, he was coordinator of the Institute's Middle East program.