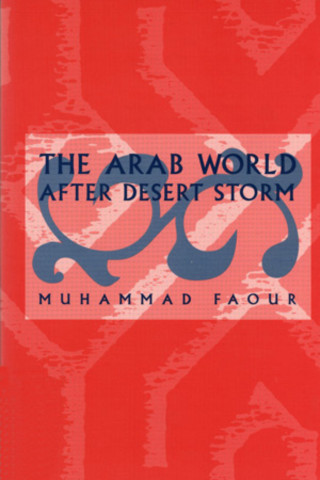 The Arab World After Desert Storm

The book functions as a reliable overall introduction and guide to international Arab politics.

Drawing on a wide range of Arabic and Western sources and his own experience, and providing in-depth comparisons of six key Arab states--Algeria, Egypt, Iraq, Jordan, Kuwait, and Saudi Arabia--Faour challenges the notion that Desert Storm solved more problems than it created.

In this brief but packed monograph, Faour (sociology, University of Beirut) has gathered and incorporated a remarkable amount of information about the aftermath of Desert Storm in the Arab World. . . . Each chapter includes a brief comparative review of the six Arab states.

This brief survey of the demographic, economic and political fallout of the 1990-91 Gulf War in the Arab world is to be commended for breadth of coverage.

Muhammad Faour is an independent education consultant based in Canada. From November 2015 to July 2016, he was founding dean of the College of Arts and Sciences and acting dean of Public Health at Phoenicia University in Lebanon. Prior to that, Faour was a Lead Consultant on global citizenship education to the UNESCO regional bureau in Beirut. Between 2011 and 2014, he was senior associate at the Carnegie Middle East Center in Lebanon leading a project on citizenship education in the Arab countries. From 2007 to 2010, he was president/vice chancellor of Dhofar University in Oman. Faour served as deputy vice president for Regional External Programs at the American University of Beirut from 2000 to 2007. In that capacity, he oversaw the establishment of new universities and schools. Before that, he was professor of sociology and department chair. A recipient of numerous awards and fellowships, Faour has been a visiting researcher at universities in the USA and Canada and a consultant to UN agencies and NGOs. He authored several books and monographs, including The Silent Revolution in Lebanon, The Arab World after Desert Storm, and of four Carnegie papers on citizenship education. Faour has a PhD degree in sociology from the University of Michigan at Ann Arbor and a BSc degree in biology-chemistry from the American University of Beirut.