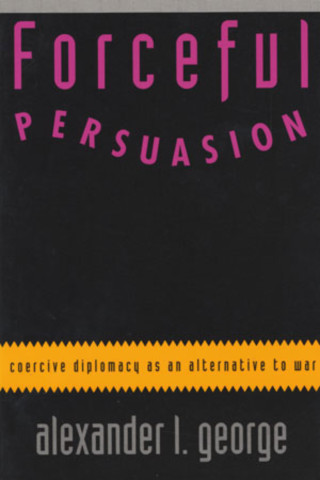 George examines seven cases--from Pearl Harbor to the Persian Gulf--in which the United States has used coercive diplomacy in the past half-century.

Forceful Persuasion leads to insights into diplomatic processes and gives stimulation for thought about a range of topics. Its immediate value lies in giving theory-based examples of a method for managing international conflict.