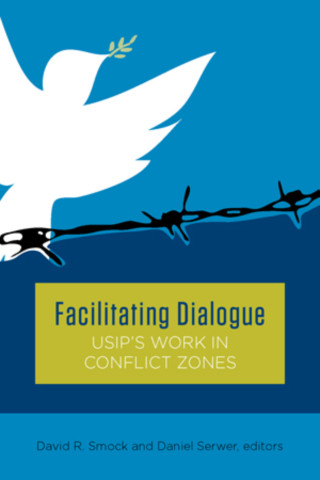 This volume presents seven case studies of the United States Institute of Peace’s facilitated dialogue efforts in Iraq, Kosovo, Israel/Palestine, Colombia, Nigeria, and Nepal. Covering a variety of conflict situations and peacemaking efforts—from the tribal reconciliation in Mahmoudiya, Iraq, to a justice and security dialogue in Nepal—the cases tell stories of peacebuilding successes, efforts in progress, limitations on what can be achieved, and lessons learned.

“An engrossing collection of cases of track II dialogue processes in five regions, this volume should find a place on the shelf of educators and trainers and in the luggage of practitioners. Seven well-structured and accessible case essays provide essential background to the narratives. Most important, the collection is rich in lessons to be drawn from the cases. An important addition to the case literature on nonofficial diplomacy.”

Daniel Serwer is a professor of conflict management at the Johns Hopkins School of Advanced International Studies. Previously he was Vice President for Centers of Innovation and for Peace and Stability Operations at the United States Institute of Peace.