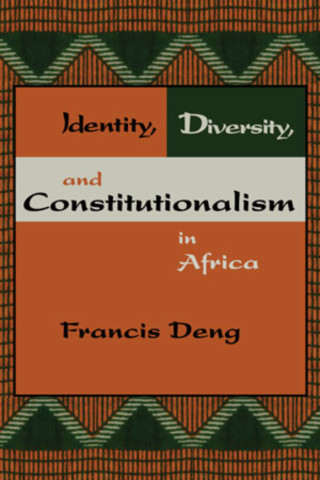 Identity, Diversity, and Constitutionalism in Africa

In this innovative and stimulating volume, Francis Deng outlines a new relationship between governments and societies—a relationship informed by Western concepts but based on traditional African values such as respect for human dignity, equality, and self-rule.

“Francis Deng provides an eloquent reminder that African countries are facing a constitutional deficit rather than simply a democratic one. While the West applauds or bemoans the outcome of specific elections, Africa faces the immense challenge of developing a new constitutionalism to accommodate diversity and manage it in the context of the cultural values of its own people.”

Francis M. Deng is the UN secretary-general’s special adviser on the prevention of genocide. In 2002–2003, he was a senior fellow at the United States Institute of Peace. He served as Sudan’s minister of state foreign affairs, is the author or editor of more than thirty books, and holds a doctorate from Yale Law School.