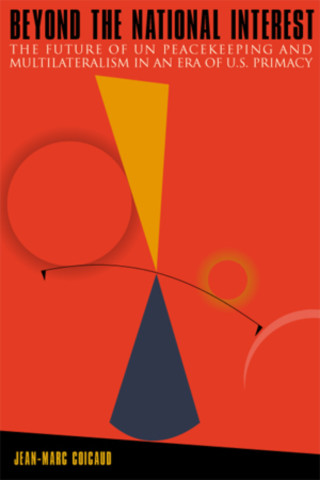 Beyond the National Interest

Coicaud presents a thoughtful and wide-ranging survey of the UN’s contribution to peacekeeping and world politics after the Cold War.

“A thoughtful and wide-ranging survey of the UN’s contribution to peacekeeping and world politics after the Cold War. Jean-Marc Coicaud’s study effectively combines the nuanced perspective of a former UN insider with the philosophic analysis of a disciplined scholar. I recommend it wholeheartedly to both UN practitioners and the students and professors who follow UN affairs.”

Jean-Marc Coicaud joined Rutgers University in the fall of 2011. He is Professor of Law and Global Affairs. He is also a Global Ethics Fellow with the Carnegie Council for Ethics in International Affairs. In 2015 Dr. Coicaud was elected a member to the European Academy of Arts and Sciences (Academia Europaea).

Dr. Coicaud holds a Ph.D. in Political Science-Law from the University of Paris 1 Panthéon-Sorbonne and a Doctorat d’État in Legal and Political Theory from the Institut d’Études Politiques of Paris. He was an Arthur Sachs Scholar at Harvard University, where he studied as a fellow from 1986 to 1992, at the Center for International Affairs, Department of Philosophy and Harvard Law School. Dr. Coicaud also holds undergraduate and graduate degrees in philosophy, literature and linguistics.