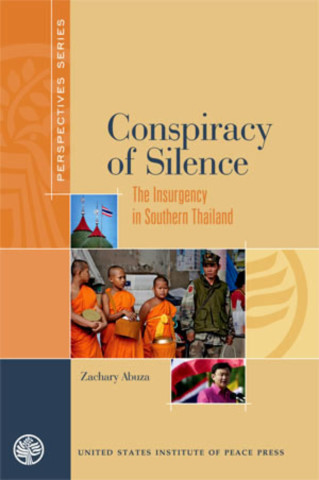 In this eye-opening volume, the author examines the roots of the current southern Thai conflict, gives a detailed overview of the present crisis, documents the flight of the south's Buddhist community, and argues that the Thai government has woefully misplayed its hand.

"The book brings to the fore several issues that have been ignored in the discussion on the southern Thai violence thus far, focusing on the possible links between some of the southern Thai Muslim militants and other militant Muslim groups in Southeast Asia and the Muslim and Arab world. It alerts us to the dangers of groups like the Jema'ah Islamiyah becoming strongly involved with the southern Thai militants in the event of greater repression by the Thai state. It provides useful material to Thai security and state forces planning solutions to the current violence in the south."

“Abuza has long been one of America’s leading experts on terrorism and insurgency in Southeast Asia. Conspiracy of Silence is easily the most informative book on the nature of the conflict in southern Thailand and the weakness of the Thai government’s response so far.”

Dr. Zachary Abuza is a Professor at the National War College, in Washington, DC, where he focuses on Southeast Asian politics and security issues, including governance, insurgencies, democratization and human rights, and maritime security.