Dr. Qamar-ul Huda is Vice President and Founding Director of the program on Conflict, Stabilization and Development at the Center for Global Policy (CGP).

Dr. Huda worked at the U.S. Institute of Peace as a senior expert and scholar of Islam. He supervised and managed the development of the field of conflict resolution and mediation studies in religious and public schools in South Asia, Southeast Asia, and the Middle East. He is editor of Crescent and Dove: Peace and Conflict Resolution in Islam (USIP Press), and was listed in the “Muslim 500: The World’s Most Influential Muslims” in 2016, 2017 and 2018 published by The Royal Strategic Islamic Centre in Amman, Jordan

Dr. Huda is an Adjunct Associate Professor at Georgetown University’s Conflict Resolution Graduate Program. He has published over 45 articles on peace-building, conflict resolution, violent extremism, comparative ethics, Islamic law, and educational reform. He is the recipient of research grants from the Social Science Research Council (SSRC), the American Academy of Religion, UCLA’s International Security Studies Program, and was a Fulbright Scholar. He has taught at the College of Holy Cross, Brandeis University, and Boston College. He earned his doctorate from UCLA in the History of Islam & Middle Eastern Studies and earned a Bachelor of Arts from Colgate University in International Relations & Philosophy and Religion. 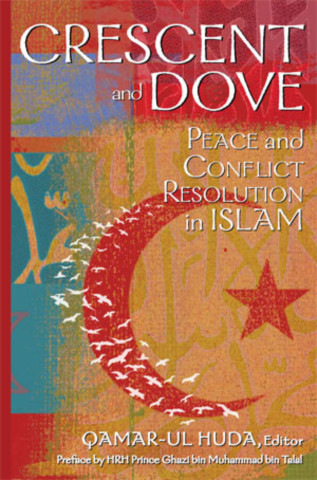 Crescent and Dove looks at the relationship between contemporary Islam and peacemaking by tackling the diverse interpretations, concepts, and problems in the field of Islamic peacemaking. It addresses both theory and practice by delving into the intellectual heritage of Islam to discuss historical examples of addressing conflict in Islam and exploring the practical challenges of contemporary peacemaking in Arab countries, Turkey, Iran, Pakistan, and Indonesia.