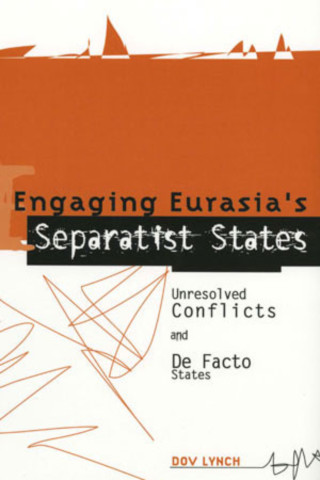 In the wake of the dissolution of the Soviet Union, secessionist forces carved four de facto states from parts of Moldova, Georgia, and Azerbaijan. Ten years on, those states are mired in uncertainty. Beset by internal problems, fearful of a return to the violence that spawned them, and isolated and unrecognized internationally, they survive behind cease–fire lines that have temporarily frozen but not resolved their conflicts with the metropolitan powers. In this, the first in–depth comparative analysis of these self–proclaimed republics, Dov Lynch examines the logic that maintains this uneasy existence and explores ways out of their volatile predicament.

Drawing on extensive travel within Eurasia and remarkable access to leading figures in the secessionist struggles, Lynch spotlights the political, military, and economic dynamics—both internal and external—that drive the existence of South Ossetia, Abkhazia, Transnistria, and Nagorno-Karabakh. He also evaluates a range of options for resolving the status of the de facto states before violence returns, and proposes a coordinated approach, spearheaded by the European Union, that balances de facto and de jure independence and sovereignty.

Slim but packed with information and insight, this volume also offers instructive lessons about the dynamics of intrastate and ethnic conflict and the merits of autonomy and power sharing in places as diverse as Kosovo, Northern Cyprus, and Chechnya.

Dov Lynch is a Senior Officer in the Office of the Director-General at UNESCO. Dov Lynch has worked for the EU, the OSCE and now for the UN. He graduated from Yale (BA) and Oxford (DPhil) and taught at Oxford, Kings College London and Sciences Po’.

He has written books in English on Russian military strategy and worked on conflicts in Europe’s East.