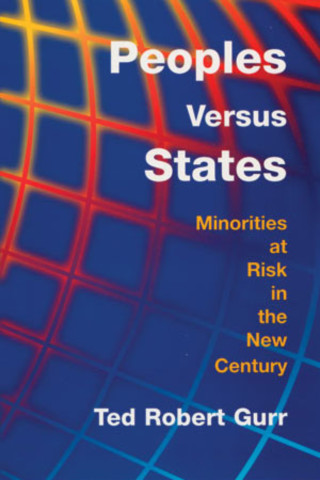 Picking up where Minorities at Risk left off, Peoples Versus States offers an expanded and updated perspective on ethnic and nationalist conflict throughout the world, as well as efforts to manage it.

Ted Gurr surveys the behavior of 275 politically active ethnic groups during the 1990s and pinpoints the factors that encourage the assertion of ethnic identities. Whereas his highly acclaimed 1993 book presented a disturbing picture of spreading ethnic violence, this volume documents a pronounced decline since the early 1990s—a decline attributable, in part at least, to many states abandoning strategies of assimilation and control in favor of policies of pluralism and accommodation.

Nonetheless, Gurr identifies some ninety groups as being at significant risk of conflict and repression in the early 21st century. And he cautions that the emerging global regime of principles and strategies governing relations between communal groups and states is far from perfect or universally effective.

A pioneer in the field of political conflict and instability, Dr. Ted Robert Gurr was Professor Emeritus and Distinguished University Professor at the University of Maryland. He frequently collaborated with fellow START researchers and worked on the START project “Turning to Terrorism: Ethnic, Religious and Extremist Organizations” as well as the “Minorities at Risk” project, which he founded.