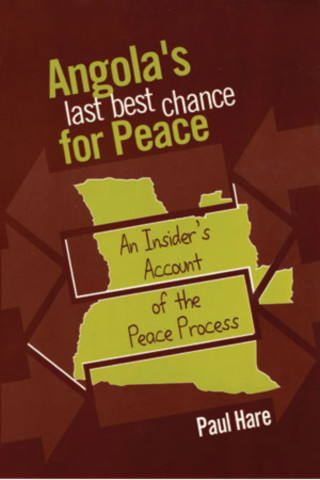 A behind-the-scenes account of the negotiation and implementation of the 1994 Lusaka Protocol.

Ambassador Paul Webster Hare was a British diplomat for 30 years and the British ambassador to Cuba from 2001-04. He now teaches international relations at Boston University.

Hare graduated with First Class Honors in Politics and Economics from the University of Oxford in 1972 and from the College of Law in London in 1976. He worked for 5 years in the private sector, in law and investment banking, before entering the British Diplomatic Service. He served overseas at the UK Representation to the EU in Brussels, in Portugal, New York, and in Venezuela as Deputy Head of Mission. He was Head of the Foreign Office’s Non-Proliferation Department and the first Project Director for the UK’s presence at the Shanghai World Expo in 2010.

Hare is a Fellow of the Weatherhead Center for International Affairs at Harvard University and served as president of the British Baseball Federation from 2000-01. He has been designated a Lieutenant of the Royal Victorian Order by Her Majesty Queen Elizabeth II.