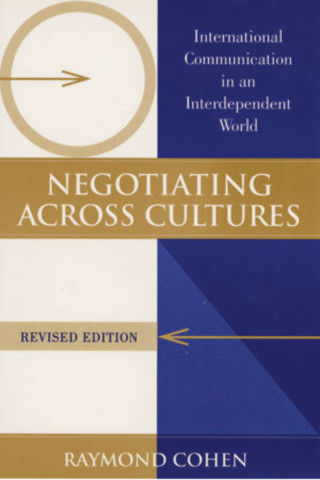 For this substantially revised edition of his 1991 book, Raymond Cohen has added two new chapters, updated previous examples, and added numerous recent ones, especially concerning U.S. trade agreements. Newly added cases include the negotiations over NAFTA, China's most-favored-nation status, the nuclear non-proliferation treaty, and the Okinawa bases. All in all, about 40 percent of the text is new.

Cohen explores how cultural factors have affected U.S. dealings with Japan, China, Egypt, India, and Mexico. He demonstrates that there are two quite different models of negotiation: "low context," a predominantly verbal and explicit style typical of individualistic societies such as the United States, and "high context," a style associated with nonverbal and implicit communication more typical of traditionally interdependent societies. He concludes the book with ten specific recommendations for the intercultural negotiator.

A masterwork of cultural analysis applied to international politics. . . . An insightful and entertaining narrative. . . [Cohen] provides a fascinating set of object lessons on what can, but need not, go wrong in cross-cultural negotiations.

Raymond Cohen is professor of international relations at the Hebrew University of Jerusalem and the author of four other books. He was a fellow at the United States Institute of Peace in 1988-89 and again in 1996.