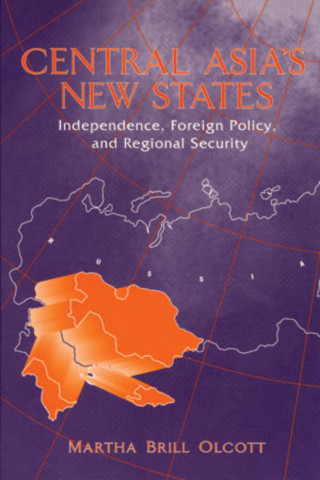 With breathtaking speed, the republics of the former Soviet Union have been transformed into independent states expected to perform their own foreign policy functions. Yet many of these republics have little experience in foreign relations, and their appearance on the international stage may upset power balances in regions that are already unstable.

The new Central Asian states in particular are becoming of increasing interest to the West, because of their enormous resource base, especially oil and gas; their large, mostly Muslim, population; and their relative proximity to the volatile Middle East. But there is a dearth of informed analysis on this much misunderstood region.

This timely volume helps fill that gap by closely examining the developing foreign policies of the Central Asia republics—especially Kazakhstan, Kyrgyzstan, and Uzbekistan. It describes in detail how they handled their transitions to statehood and draws important conclusions about the implications for regional and international peace and security.

Martha Brill Olcott specializes in the problems of development in Central Asia and the Caucasus, which her research has convinced her is the “edge of the heart of Islam, and not its periphery,” as well as its geopolitical context, including Russia, the Middle East, South Asia and China. Her current research priority is creating a digital archive on the collapse of the USSR working with a team of JMC and other MSU students. She is a visiting professor at James Madison College and a professor emeritus in the Department of Political Science at Colgate University. Appointed to Colgate’s faculty in 1975, she served as chairman of the department of political science from July 1984 through June 1990. Professor Olcott was named by President Clinton to be a Director of the Central Asian American Enterprise Fund and was named Vice Chairman. Earlier she held a formal appointment as Consultant on Central Asian Affairs for former Acting Secretary of State Lawrence Eagleburger. She served as a consultant for a large number of business and law firms with interests in Russia, Kazakhstan, Uzbekistan, Kyrgyzstan, Tajikistan and Turkmenistan, and has consulted with a number of governments, and international financial institutions. From 1995-2014, she was a senior associate with the Russia Eurasia Program at the Carnegie Endowment for International Peace in Washington, D.C., and the co-director of the al-Farabi Carnegie Program on Central Asia in Almaty, Kazakhstan.