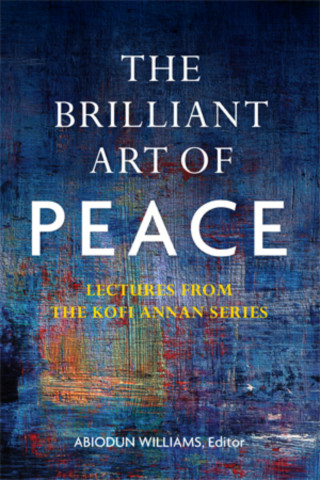 THE BRILLIANT ART OF PEACE

The Brilliant Art of Peace presents lectures delivered by seventeen of the world’s most eminent thinkers, including several Nobel laureates, during Kofi Annan’s tenure as secretary general of the United Nations.

Abiodun Williams was recently named president of The Hague Institute for Global Justice. Prior to this role, he was senior vice president of the Center of Conflict Management (CCM) where he led USIP's work in major conflict zones such as Afghanistan, Iraq, Pakistan, the Middle East, and North Africa. Previously he also served as director of strategic planning in the Executive Office of the UN Secretary-General during the last six months of Kofi Annan's first term and during the entire five years of his second term.