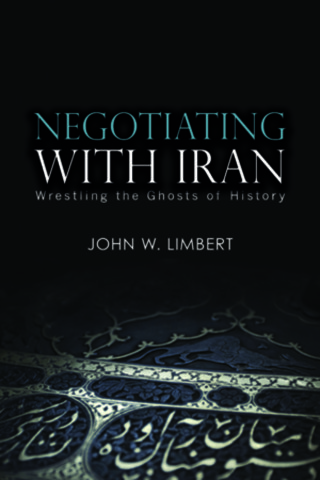 John Limbert steps up with a pragmatic yet positive assessment of how to engage Iran. Through four detailed case studies of past successes and failures, he draws lessons for today’s negotiators and outlines 14 principles to guide the American who finds himself in a negotiation—commercial, political, or other—with an Iranian counterpart.

"This is an excellent book and an important contribution to what is rapidly becoming the central issue in American foreign policy. Limbert draws on years of professional and personal experience to explore and explain the problematic nature of Iran-U.S. relations and to offer coherent and constructive solutions for the future. Limbert is in the enviable position of being able to combine the perspective of a historian with the immediacy of a diplomat who has been at the forefront of America’s tragic relationship with Iran, to provide a penetrating yet accessible account of the relationship. This book should be essential reading for students and practitioners alike."

"A must-read for anyone who hopes for (or fears) an American reengagement with Iran. Superb diplomatic history focused on lessons learned rather than festering grievances. I hope Iranians read this as well as Americans. Limbert is one of our few genuine Iran experts."

"Written by an author intimately familiar with the Persian language, history, and customs, this unique work addresses and sets aside many false but widespread preconceptions about Iran, Iranians, and Iranian culture. A useful addition to the literature on Iranian negotiating technique, style, and expectations, and a stand-alone book on the subject, this study is very timely. Iran has emerged as a regional power; on many crucial issues the United States and Iran are at a loggerhead; and the new American administration intends to launch on direct engagement with Iran. For Americans, understanding Iranian negotiating behavior is clearly critical at this juncture."

John Limbert is a retired Foreign Service Officer and academic. In 2018 he ended twelve years as Class of 1955 Professor of Middle Eastern Studies at the U.S. Naval Academy. During a 34-year dip¬lomatic career, he served mostly in the Middle East and Islamic Africa (including two tours in Iraq), was Ambassador to the Islamic Republic of Mauritania, and served as deputy assistant secretary of state responsible for Iranian affairs. Beginning in 1964, he worked in Iran as a university and high school teacher, and later served at the U.S. Embassy in Tehran, where he was held hostage in 1979-81. He has authored numerous books and articles on Middle Eastern subjects. He and his wife, the former Parvaneh Tabibzadeh, reside in Long Island City, Queens, New York.