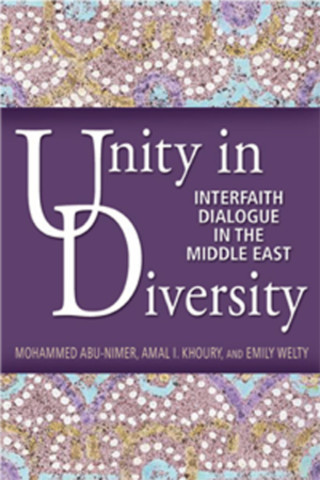 Nowhere are the stakes of sectarian conflict as high as in the Middle East, and nowhere is the practice of interfaith dialogue (IFD) more fraught with difficulty. The questions, then, naturally arise: What sort of person tries something as audacious as interfaith dialogue in such a polarized climate? And what do they hope to gain? The answers to both questions are surprisingly diverse. The authors, after briefly introducing IFD’s central concepts and terms, its various models, and the nature of IFD in a Middle Eastern context, go on to discuss the intricate relationships between interfaith activities and religious identity, nationalism, violence, and peacemaking in four very different settings: Israel/Palestine, Lebanon, Egypt, and Jordan. But they have gone beyond mere reportage and analysis, interviewing the whole cross-section of local IFD workers: not only clerics and “dialoguing” professionals, but also Palestinian housewives, Maronite civic leaders, Israeli schoolteachers, Coptic storekeepers—laypersons who are often more eloquent than any scholar at expressing the realities, hopes, and frustrations of IFD within their home countries. Liberally quoting these frontline workers, the authors take on the perennial dilemma faced by IFD proponents: avoid politics and risk irrelevance, or take up the political questions and risk “politicizing” the dialogue, with all the disruptive effects this implies. Above all, this important book demonstrates the desire for interfaith dialogue in these polarized societies, and the extent to which, against strong odds, religious communities are connecting with each other.

"This is a rich book crammed with information on the interfaith dialogue phenomenon in the Middle East that is unmatched in any other sources. An encyclopedia of knowledge, it will be valued by U.S. and foreign government officials who are responsible for conflict management and resolution in the Middle East region, especially those charged with designing and implementing strategies of public diplomacy. In combining their formidable knowledge of their specific countries of specialization—and perhaps of origin—the three authors have provided a reference book on IFD in the context of nuanced and highly sophisticated political analysis that will be valued by political analysts and policy makers for years to come."

Mohammed Abu-Nimer, of the International Peace and Conflict Resolution program, serves as Director of the Peacebuilding and Development Institute. He has conducted interreligious conflict resolution training and interfaith dialogue workshops in conflict areas around the world, including Palestine, Israel, Egypt, Northern Ireland, the Philippines (Mindanao), and Sri Lanka. In addition to his articles and publications, Dr. Abu-Nimer is the co-founder and co-editor of the Journal of Peacebuilding and Development.

Dr. Emily Welty is the Director of Peace and Justice Studies. She serves as Vice Moderator of the World Council of Churches and the Main Representative to the United Nations for the International Peace Research Association.

Amal Koury is lecturer in the Department of Global Studies at University of North Carolina at Charlotte.