Neil J. Kritz is the Associate Vice President of the Institute's Rule of Law Program, which focuses on advancing peace through the development of democratic legal and governmental systems. Kritz conducts ongoing research, writing, and consultation on the question of how societies deal with a legacy of past abuses. He is the editor of a three-volume work, Transitional Justice: How Emerging Democracies Reckon with Former Regimes, and he has provided advice and organized conferences on questions of war crimes and mass abuses in Bosnia and Herzegovina, Cambodia, Guatemala, Indonesia, Rwanda, Sierra Leone, and South Africa.

In 1990–91, at the request of the Russian Constitutional Commission, Kritz coordinated two expert reviews of the draft Russian constitution. He directs Institute working groups on humanitarian law, constitution-making, and the administration of justice during peacekeeping operations.

Since 1999, he has chaired a Palestinian-Israeli legal dialogue. At the request of the United States Department of Defense, Kritz prepared a curriculum on international law and the promotion of democracy for use in training United States and foreign military officials.

He has studied and written on the advancement of the rule of law through regional organizations such as the Organization for Security and Cooperation in Europe. Before coming to the Institute, Kritz served as special assistant to the chairman at the Administrative Conference of the United States. He holds a J.D. from American University's Washington College of Law. 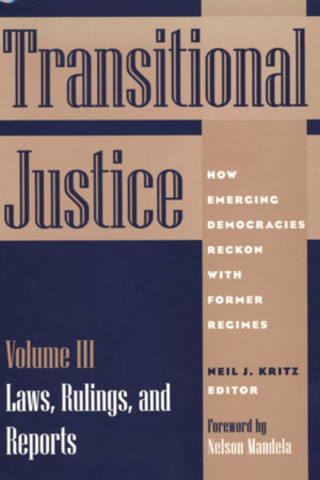 Includes over 100 laws, regulations and decrees, constitutional provisions, judicial decisions, reports of official, commissions of inquiry, and treaty excerpts from 28 countries and from international organizations. 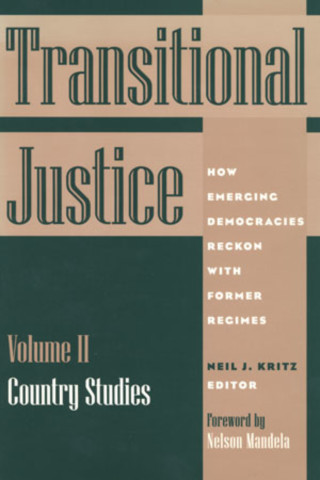 Examines more than 20 transitions from World War II to the present, including the denazification programs of the 1950s, democratic transformations in southern Europe in the mid '70s and Latin America in the '80s, and decommunization efforts in the '90s. 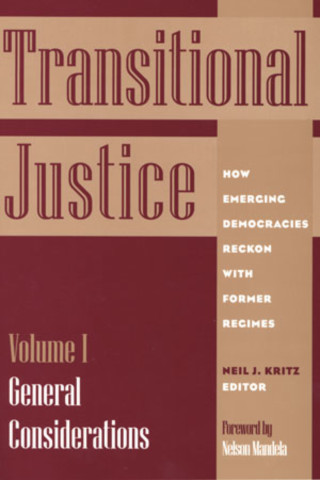 Assembles a rich variety of legal, political, and philosophical perspectives on how societies can deal with the legacy of repression.