Kathleen Kuehnast is the director of Gender Policy and Strategy at the U.S. Institute of Peace, where she has worked since 2008. She is also a member of the Council on Foreign Relations. As a socio-cultural anthropologist, Kuehnast has focused on the different gendered impacts of violence and conflict on both men and women. In addition, her efforts have focused on the U.N. Security Council Resolution 1325, including the critical role women should play in all aspects of peacebuilding. In this capacity, Kuehnast co-edited the volume, “Women and War: Power and Protection in the 21st Century” (2011). She has been a part of the international vanguard of introducing the concept of engaging men in conflict countries in the championing of women’s rights.

Prior to USIP, Kuehnast worked 15 years in the international development field, primarily with the World Bank, where her role as a senior social scientist included research and project management on the thematic streams of women and poverty, social capital and community driven development in fragile and post-conflict societies. Kuehnast’s regional expertise is Central Asia, where she lived for several years in the post-Soviet country of Kyrgyzstan completing her doctoral dissertation research, which resulted in a number of publications on the impact of post-Soviet transition on Muslim women, including the co-edited volume, “Post-Soviet Women Encountering Transition: Nation Building, Economic Survival, and Civic Activism” (2004). 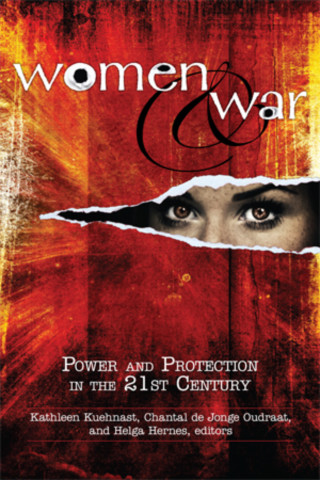 In consideration of UN Resolution 1325 (which called for women’s equal participation in promoting peace and security and for greater efforts to protect women exposed to violence during and after conflict), this volume takes stock of the current state of knowledge on women, peace and security issues, including efforts to increase women’s participation in post-conflict reconstruction strategies and their protection from wartime sexual violence.