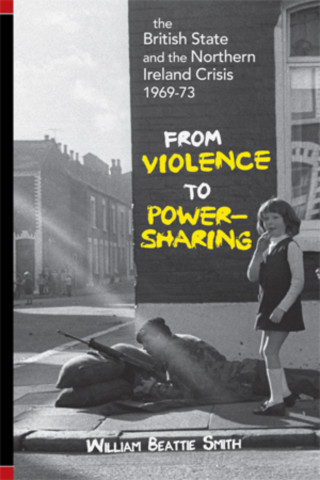 Focusing on four case studies, William Beattie Smith traces the evolution of British policy from 1969–73 and depicts how easily a conflict over national identity can turn into bloodshed, grief, and horror; and how difficult it is to restore peace once a serious fight has started.

An excellent study of a crucial period of British policy towards Northern Ireland. The author has done a very good job in searching the archives and producing a clear and coherent narrative in a detail that has not been matched before. This book is a useful addition to the literature on the Northern Ireland conflict because it is informed by a close understanding of the historical evidence and an acute knowledge of how the British and Irish political system work."

William Beattie Smith is a senior research fellow with Queen’s University Belfast School of Politics. An independent policy analyst, he specializes in the prevention, management, and resolution of political violence in divided societies. Smith has worked extensively for government and community organizations in Northern Ireland and for the European Commission.